As a candidate, George W. Bush had little to say about housing issues except to propose a $1 billion tax credit to promote homeownership. On Jan. 3, Representative John Sweeney (R-NY) introduced a tax credit for first-time homebuyers of 10 percent of the purchase price up to $5000 (HR 211). Sweeney’s credit is not targeted to income, and will be available to the wealthiest of Americans purchasing the most luxurious of homes.

Given Bush’s proposal, Congress is likely to enact some kind of homeownership tax credit, perhaps as early as this year. If Sweeney’s bill is representative of Bush’s agenda it may be a very regressive one. However, housing activists will have an opportunity to participate in a public debate over current federal tax subsidies for homeownership and how to insure that any new tax policy serves the needs of low- and moderate-income Americans.

With the nation’s homeownership rate now at a record 67 percent, why should increasing homeownership be on the agenda at all? For one thing, not all Americans share equally in the “American Dream” of owning a home. The bulging homeownership rate masks significant inequities. Among Americans under age 55, the rate is actually lower now than it was 20 years ago. Young working families are finding it increasingly difficult to purchase a home. Housing prices in general are increasing faster than incomes for all but a handful of the population. Not surprisingly, as The New York Times (1/19/01) reported, the level of household mortgage debt is at an all-time peak. Moreover, despite significant progress in the past decade, there remains a wide gap in the homeownership rate between whites and people of color, especially African-Americans and Latinos, even among families with comparable incomes.

Existing federal tax breaks for homeownership primarily help those with the largest incomes and the biggest homes. The mortgage interest deduction costs more than $50 billion a year. Families with incomes over $100,000, who represent fewer than 5 percent of households, get almost half of all the mortgage tax breaks. More than half of all homeowners, as well as all renters, get nothing from this tax subsidy. And while most homeowner tax breaks are directed to the better off, fewer than one-third of poor families who are eligible for HUD subsidies receive any benefits at all.

Bush’s overall tax plan, which he defended throughout the election campaign, called for huge tax cuts for the wealthy and crumbs for middle-class and low-income families. Housing activists need to mobilize to see that that is not how the homeownership tax credit is designed. We need to fight instead for a credit that will be targeted to low- and moderate-income homebuyers and provide tax relief to existing low- and moderate-income homeowners. This will help stabilize urban and inner-suburban neighborhoods, increase homebuilding, and reduce the still-wide income and racial gap that shuts so many families out of owning their own homes. It also will be a step toward fairer and more efficient allocation of federal tax subsidies.

Several housing groups – including Self-Help Housing in North Carolina, the Joint Center for Housing Studies at Harvard and the Brookings Institution, and the National Housing Institute – have already started shaping a more progressive version of a homeowner tax credit that can form the basis of an alternative to the Bush plan. The Ford Foundation is funding a soon-to-be-completed research project – headed by NHI Board Member Peter Dreier, of Occidental College, and economists Richard Green and Andrew Reschovsky of the University of Wisconsin – to design a homeowner tax credit targeted to working families.

As the battle over this issue heats up in the coming year, housing activists should be prepared to oppose Bush’s miserly, and likely regressive, $1 billion plan, calling instead for a much larger subsidy that is targeted to those who are shut out of existing homeowner tax breaks. 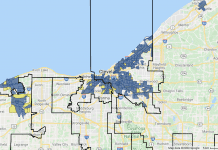 Is a Subsidy for Single-Family Homes in Distressed Areas Closer to Becoming Reality?

Making Progress in the Preservation of Affordable Housing