Tools of the Trade: Measuring the Health-Related Returns of Community Development

Renee Roy Elias - February 13, 2018
Partnerships are becoming more the norm and less the exception, but how do we know that they are actually having a good effect on health, well-being, and economic opportunity?

Why Do We Care About Health Equity?

Miriam Axel-Lute - February 13, 2018
The fight for health equity—for everyone to have a roughly equal shot at the potential and choice that good health offers—is of course, similar to the fight for economic justice and the work of community development.

Joe Strupp - February 13, 2018
Offering on-site health care in housing developments makes sense. But developing and managing housing and health care facilities can be very different. How do you make them work together?

Enid Eckstein - February 13, 2018
Community development corporations need to become more educated about hospital community benefits. This is what can be done to get the process started.

Miriam Axel-Lute and Harold Simon - February 13, 2018
Mark Constantine gives us a view of one foundation’s attempt to learn to walk the walk and how that commitment can influence the work one organization does to create a culture of health in its community.

Kimberly Latimer-Nelligan - February 13, 2018
Cost savings alone do not measure the full value of the collaboration between the health care and housing sectors.

Why Health and Housing Partnerships Are Hard

Tina Lowe - February 13, 2018
Housing managers and health providers are natural partners for health care programming, but misunderstandings and institutional mismatches can get in the way.

Shelterforce Staff - February 2, 2018
Quote of the Week: “Even as the core problem in cities shifted from disinvestment to displacement, the policy paradigm has remained the same: Spur growth...

Alyia Gaskins - January 25, 2018
Across the country, nonprofit hospitals are under intense scrutiny due to the discrepancy between the substantial revenues they generate compared to the level of...

John Hans Gilderbloom and Gregory D. Squires - January 2, 2015
How do you win an election in any red Southern state? If you are running as a senator, the conventional wisdom is you condemn government as an enemy of working families. 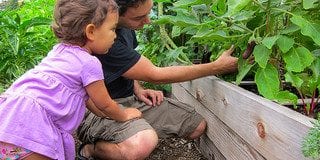 Jodi Weinberger - May 20, 2013
Last week we heard from Alan Mallach and Mindy Thompson Fullilove on different aspects of stable neighborhoods. Mallach, in his post, looks at some of... 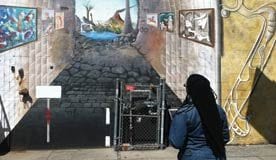 Mindy Thompson Fullilove - July 24, 2012
To improve the health of residents of disadvantaged neighborhoods, we have to address inequality, not medical care. 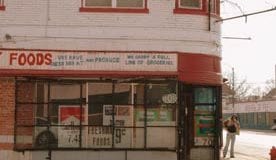 Kari Lydersen - June 23, 2008
Finding fresh produce in low-income neighborhoods can be a struggle, but community efforts are striving to fill the void.