Defending DACA Is a Moral and Economic Imperative

Noel A. Poyo - September 8, 2017
President Donald Trump has decided to end the Obama-era program that grants work permits to undocumented immigrants. Over the course of its five-year history,...

The “Greeding Out” of Affordable Housing

Ted Wysocki - August 2, 2017
There have been a number of stories in the papers over the last two months that, from my perspective, are connected. Unfortunately, their common denominator is the demise of affordable housing caused by the malignant neglect of government at all levels.

Trump Era a Time to Build Power, Not Buildings

Gordon Chin - July 18, 2017
This is a time that calls for us to start thinking a little less like an “industry” and more like a movement.

The Silent Expansion of Fiscal Control Boards in the U.S.

Carla Minet and Joel Cintrón Arbasetti - June 2, 2017
The power and process of boards that take control of a city or territory's finances is becoming more generalized, although they affect local democracy, impose austerity measures without controls, and lack mechanisms to evaluate their efficiency.

How to Build a Case for Community Development and Affordable Housing

Chris Estes - April 25, 2017
In the new administration, housing programs will feel the pressure of budgetary cuts and tax reform. Advocates should be careful not to put down other programs in the process of defending their own, or everyone will lose.

Alan Jenkins - April 7, 2017
How to engage, inform, and fight back against falsehoods.     In an era of fake news, alternative facts, and downright lies, it’s a daily struggle to...

Carson Confirmed. So About Those Other HUD Jobs…

Miriam Axel-Lute - March 3, 2017
Ben Carson has been confirmed as secretary of the U.S. Department of Housing and Urban Development (HUD) to the weak congratulations of housing organizations that...

Carson Tries to Please Everyone in Confirmation Hearing, Mostly Succeeds

Miriam Axel-Lute - January 13, 2017
Triage is in effect among those opposed to the incoming administration and the president-elect's cabinet picks. This morning’s Senate...

Miriam Axel-Lute - November 23, 2016
Attention has been rightly focused this past week on the fact that the...

Josh Ishimatsu - November 19, 2014
When I drafted this post, incumbent Virginia Senator Mark Warner held a narrow margin of victory over challenger Ed Gillespie (Warner has since declared victory, and Gillespie officially conceded). The race was bitterly contested, and the results are notable in that Asian Americans–with growing populations in Northern Virginia–were very likely determinative in Warner’s victory. UC […]
Policy

Government Works Badly–If We Refuse to Invest in It

Miriam Axel-Lute - September 20, 2014
At the Bipartisan Policy Center's Housing Summit earlier this week, Shelterforce got to interview former HUD secretaries Mel Martinez and Henry Cisneros (we'll publish that interview here next week). One of the questions we asked was how to handle the fact that the American electorate often seems to have a bias, not so much against […] 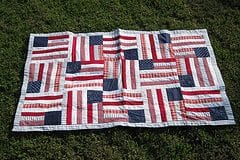 Miriam Axel-Lute - July 4, 2014
Americans are a people hopelessly divided by culture wars and fundamental disagreements about the role and appropriate size of government.... 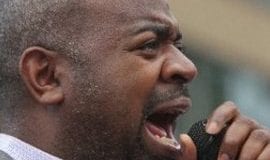 John Atlas - June 25, 2014
Newark’s newly-elected mayor Ras Baraka has taken a bold step to address one of the city’s and state’s most serious...

David Holtzman - June 12, 2014
The stunning upset of House Majority Leader Eric Cantor in a Republican primary election on Tuesday by a Tea... 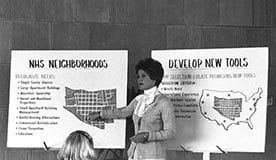 The Feds Bow Out: We’re On Our Own

Alan Mallach - October 25, 2013
Yes, the federal government is back in business.After 16 days and untold billions in lost earnings and wasted dollars,... 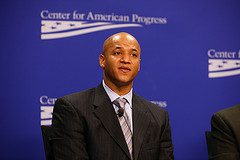 From “Knucklehead Kid” to Boston Mayor?

Miriam Axel-Lute - September 23, 2013
There are several teenagers featured in Holding Ground, a film about the launch of the Dudley Street Neighborhood Initiative. DSNI... 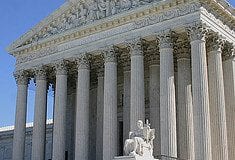 Losses and Wins in Supreme Court: How Does It Affect You?

Miriam Axel-Lute - June 27, 2013
All eyes have been on the Supreme Court  this week, as it handed down decisions on the Voting Rights Act,... 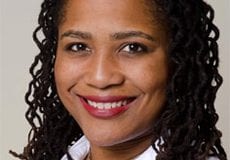 We Should Be Running This Place: Electing More Community Developers

Jeremy Liu - March 7, 2013
I hosted a meet-and-greet recently for first-time candidate Lynette McElhaney (pictured), who was newly elected to the City of Oakland...

Alan Jenkins - November 20, 2012
What lessons do the 2012 election results hold for those of us who are committed to expanding opportunity and protecting human rights?
123...5Page 2 of 5