Government on the Ropes—Nonprofits Step In

Judy Perlman - December 4, 2015
The loss of community development staff working at the City of Flint, Michigan, threatened the existence and continuity of...

How to Prevent the Next Mortgage Crisis

Dan Immergluck - October 1, 2015
Yes, we need to finally achieve certainty in our housing finance system. But not the way most people are suggesting.

Aquilina Soriano Versoza - May 29, 2015
Anti-immigrant laws and the lack of a solid path to citizenship leave immigrant workers vulnerable to exploitation—and harm the whole community.

Doug Ryan - December 24, 2014
Here in Washington, Congress has finally done its primary job: that of funding the government. The process of last-minute scrambling and late-night bargaining is clearly no way to run a government—as members of Congress and their staff become harried, priorities don’t get properly vetted. This style of governance also offers an opportunity for special interests […]

Ferguson: No One Should Be Surprised

- November 21, 2014
This op-ed originally appeared in the St. Louis Post Dispatch on October 8, 2014. Recent events in Ferguson constitute the logical outcome of forces spelled out in 1968 by the National Advisory Panel on Civil Disorders, better known as the Kerner Commission. The report warned of a “permanent division of our country into two societies: […]

2014 Elections: The Takeaway for Housing and Community Development Policy

Keli A. Tianga - November 8, 2014
Enterprise Community Partners created this quick yet comprehensive analysis of the implications of the election on housing and community development programs that we here at Shelterforce and Rooflines have found helpful. (Photo credit, Flickr user Carl CC BY-SA 2.0)

Eric Oberdorfer - April 16, 2014
Rural America has a strong history of protecting our country. In fact, as highlighted in a recent report on... 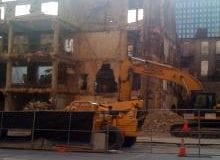 Can We Demolish Our Way to Revitalization?

Alan Mallach - November 19, 2013
While the answer to that question in the title of this piece is obvious, there’s a strong case to...

Jill Fioravanti - July 10, 2013
As sequestration takes hold and Congress wrestles with FY 2014 budget negotiations, the affordable housing and community development field is in a fragile state....

Miriam Axel-Lute - January 16, 2013
It took a few iterations, but HUD last week officially rolled out a demonstration project designed to showcase its plan to address the capital...

The State of Vacant Property Registration 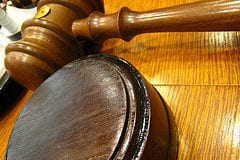 Fair Share Advocates Have to Keep Up Their Guard

Miriam Axel-Lute - October 26, 2012
Imagine calling the police because you were in danger of your life. Now imagine getting evicted for doing so. 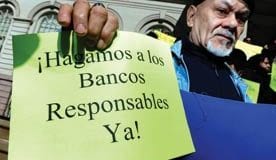 Putting “Community” Back in “CRA”

Benjamin Dulchin - October 10, 2012
The Community Reinvestment Act and regulators have been unable to hold banks accountable to distant and distinct local communities—so nonprofits have stepped in to do the heavy lifting. 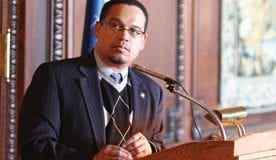 Miriam Axel-Lute and Matthew Brian Hersh - October 10, 2012
In the spring of 2008, as the country plunged into the deepest economic crisis since the Great Depression, Keith Ellison, a freshman Democrat representing...