Pollution, Place, and the Unnecessary Tragedy of Premature Death: Lessons for...

Zelda Bronstein - December 11, 2017
Because affordable housing doesn’t yield acceptable profits to real estate investors, the only way a substantial amount of it is going to get built is if it’s publicly funded.

As the Arctic Icebergs Melt, So Does Political Opposition to Housing

Randy Shaw - June 20, 2017
The times they are a changin’, at least when it comes to San Francisco and Berkeley housing. What accounts for the pro-housing movement’s growing strength? Three factors, one of which may involve the president.

John Hans Gilderbloom and Gregory D. Squires - January 2, 2015
How do you win an election in any red Southern state? If you are running as a senator, the conventional wisdom is you condemn government as an enemy of working families. 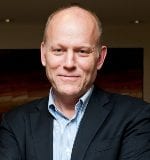 Phillip Henderson was only 38 when he took the helm at the Surdna Foundation seven years ago, becoming Surdna’s second director in what he calls its “modern era.” Henderson came to the family foundation from a career that had been focused on international philanthropy, but he applied many of the lessons he learned fostering civic engagement in post-Communist Europe to Surdna’s domestic grantmaking. Henderson sat down with Shelterforce to talk about aligning program with mission, cross-pollination between programs, and Surdna’s recent launch into the impact investing world.

Catherine Lerza - July 24, 2012
How communities of color, using health and jobs as rallying cries, took on Big Oil -- and won!