Melissa Jones and Vinita Goyal - July 1, 2021
Congress has an opportunity it must not squander to acknowledge the racial inequity built into our failing infrastructure and put into operation the promise of equity in Biden’s infrastructure plans.

Pulling the Rug From Under Community Development?

Miriam Axel-Lute - March 5, 2020
Investments and funding motivated by the Community Reinvestment Act are more foundational to the work of community developers than is often discussed. But if regulations change the incentives for banks, the effects on communities will be dramatic.

Could Lack of Impact Assessment in OCC and FDIC Proposal Break...

Josh Silver - February 26, 2020
Proposed changes to CRA by the Office of the Comptroller of the Currency and the FDIC conflict with the best practices of community development.

Protecting the Community Reinvestment Act Is an Investment in Economic Justice

Jaime Weisberg - December 18, 2019
The Office of the Comptroller of the Currency and the Federal Deposit Insurance Corporation just released a set of proposed rules for the Community Reinvestment Act that threaten the very heart of the law.

Josh Silver - November 27, 2019
These writings suggest that careful reform of CRA regulations can build upon the progress in lending and investing if the reforms are incremental instead of “transformational."

Josh Silver - December 7, 2018
Despite a CRA exam pass rate of 98 percent, the major thrust of bank comments is that they want easier exams with fewer moving parts and less uncertainty. 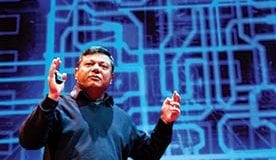 The Role of Government in Impact Investing

David Wood - March 26, 2014
Impact investing may seem like a market-based concept, but government can and does support, enable, and participate in it many ways.

John Taylor - February 12, 2010
The Community Reinvestment Act and the Consumer Financial Protection Agency Act hold great promise for the creation of a more financially inclusive nation, but both depend on critical "moments in time" in Congress that will determine whether they become good laws or are weakened beyond recognition 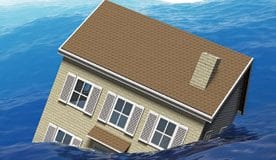