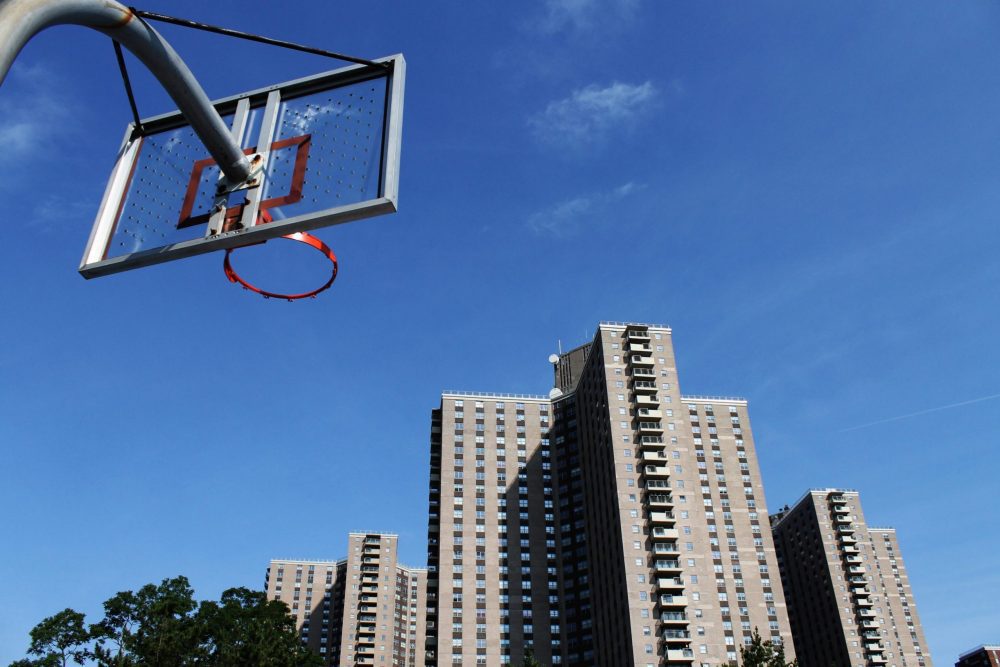 Bronx By Design: Why Beauty Matters

Great public buildings were once the centerpieces of their communities: they inspired, conferred a sense of dignity on the neighborhood and sent a message that its residents deserved the very best. What if people in abandoned or distressed communities regained proximity to elegant architecture, recaptured lost expectations and internalized an entitlement to beautiful lives? At […]

The Experience of Home

The voices and images in The Guided Tours at Urban Horizons vividly illustrate the importance of good, safe housing in supporting mental and physical health and successful parenting. Social science research has documented that housing can be a resource for coping with the stresses of daily life, a place that supports the regulation of privacy […]

The Guided Tours at Urban Horizons

The Guided Tours at Urban Horizons is part of my ongoing series of collaborative projects involving people in their personal spaces. This project with the residents of Urban Horizons reveals the relationship between the building’s thoughtful spaces and the building of their own lives. With the help of superintendent Tony Sosa, I asked five residents […]

Until the mid-1960s, Chicago’s West Madison skid row was home to mostly low-income single men and women living in over 2,800 units of often badly run down single-room occupancy (SRO) hotels. Scattered small businesses and retail establishments rounded out a poor, but still intact, neighborhood. That mattered little to city planners who, rather than work […]

Planning for More than Housing

Barry Meister has heard the rumors, and denies them emphatically: He has no plans to relocate Steel Craft, the small factory he owns in the Ironbound section of Newark, NJ, that has been in business for 57 years. Steel Craft produces parts for fluorescent lighting fixtures and employs 30 people. The rumors started when construction […]

The Betrayal of Mount Laurel

Ever since the state Supreme Court’s pioneering Mount Laurel decisions in 1975 and 1983, New Jersey has been seen as a leader across the nation for its efforts to create suburban affordable housing opportunities. Although the state’s track record has been uneven, and the effect of the decision was eroded somewhat by political pressure and […]

More Than a Roof

It’s common for most people to make a distinction between “house” and “home.” One word defines a roof over one’s head, nothing more, nothing less; the other often signifies something more complicated and even profound. Home conjures up images of family and safety, a haven that not only protects and nurtures the individuals within but […]

One Of A Kind Jane Wood, longtime New York City tenant activist, died in March at the age of 96. Wood began fighting to help the poor in the 1930s, and in the 1950s founded the Chelsea Coalition on Housing, an advocacy group for low-income tenants. Her protest of a new middle-income cooperative that would […]

An organization dedicated to “youth empowerment” sends a proposal to a sympathetic funder. The proposal contains this sentence: “We seek nothing short of revolutionary social change.” They then describe their program which is an after-school “school” that engages teenagers in community improvement projects, and uses that as a way of getting teenagers to think about […]

Predatory Bender: A Story of Subprime Finance, by Matthew Lee. Inner City Press. 2004. 360 pp. $19.95 (paperback).www.atlasbooks.com or www.innercitypress.org/books.html. I have to admit, I approached Predatory Bender with low expectations about enjoying the read. Something about the subtitle, A Story of Subprime Finance, sounded either like stilted Soviet fiction in which the best Communists […]

Not many of us can say with any degree of certainty that we know what it is we were truly meant to do. We count ourselves lucky if we end up doing something we both love and are good at. Very few can strategically plan the course our careers will take, because more times than […]