1 POSTS 0 COMMENTS
Blog posts under the name “Ruth Loess” are satirical in nature. Ruth Loess began her career as a social worker. After seeking treatment for several stress-related disorders, she crossed over into the world of philanthropy where she says she can, “still do good in the world, but also sleep at night. After all, no one ever died as a result of a grantmaking emergency.” She has held positions in both private and community foundations, and appreciates the responsibility that comes with giving away other people’s money. Ruth also serves as a consultant in the areas of board governance and staff development. She remains strident in her support of the nonprofit sector and issues of social justice. Her likes include beaches and books (preferably experienced together), authentic people, and good comedy. Her dislikes include philanthropic privilege, helicopter initiatives, and program officers who believe that their appearance on the scene represents the first time intelligent thought has been cast upon a subject. Her goal in life is to instill a bit of humor and humility in the professional realm in which she exists. 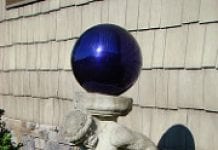 Community Development Field Ruth Loess - August 26, 2016
Editor's Note: Ruth Loess (her pen name) is our newest blog contributor who will bring something different to our...