1 POSTS 0 COMMENTS
Gordon Mantler teaches at the George Washington University in Washington, D.C., and specializes in the history and rhetoric of 20th century social justice movements. His first book was Power to the Poor: Black-Brown Coalition and the Fight for Economic Justice, 1960-1974 (University of North Carolina Press, 2013). 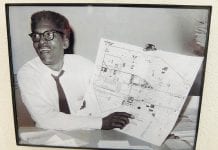 Where Do We Go From Here? Toward a New Freedom Budget

Organizing Gordon Mantler and James Tracy - March 23, 2017
If, as Dr. Martin Luther King Jr. said, a “budget is a moral document,” then this budget is a reflection of the moralities of the boardroom, the eviction notice, the emergency ward, and the pink slip.