1 POSTS 0 COMMENTS
David Skidmore is a professor of political science at Drake University in Des Moines, Iowa. Skidmore was a resident of East Palo Alto from 1981 to 1984, during which time he participated in the formation of the East Palo Alto Council of Tenants. Skidmore also served on the Rent Stabilization and Just Cause Eviction Task Force appointed by the East Palo Alto City Council in 1984. 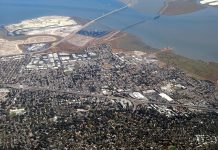 Organizing David Skidmore - March 22, 2022
The story of East Palo Alto’s incorporation is one marked by great contention among local stakeholders, but also provides valuable lessons for organizers in forging and mobilizing local coalitions.