26 POSTS 0 COMMENTS
Bobbi Murray is a communications professional who began her career as a grassroots organizer and has worked as a radio producer, fundraiser, media liaison and journalist. Her reporting has taken on a broad sweep of issues--politics, police reform, economic justice, immigration, globalization and labor in such publications as LA WEEKLY, the LOS ANGELES TIMES, LA CITY BEAT and LOS ANGELES magazine, as well as THE NATION.

California Off a Cliff

Policy Bobbi Murray - August 4, 2009
Hey everybody, have you heard? The California legislature finally passed a budget plan on July 21 (the constitutional deadline is June 15). The state...

Mapping the Meltdown (And Some Possible Exits)

Housing Bobbi Murray - April 3, 2009
If you’ve ever had occasion in your life to stop and ask yourself “How did I end up HERE?” you already know you don’t...

Policy Bobbi Murray - March 23, 2009
The American Recovery and Reinvestment Act — the Stimulus Package — passed by Congress in a painful process in February, proposes to create or...

Walt Weighs In On The Economy

Economic Development Bobbi Murray - December 6, 2008
So this is weird: December 5 is Walt Disney’s birthday and I get these two separate Disney things in the e-mail from different people...

In From the Margins

Policy Bobbi Murray - November 8, 2008
Election Day’s over, we’ve already blown past “Yes We Can!” to “Yes We Did!” Now we’re on to watching President-elect Barack Obama’s transition team and...

Equity Bobbi Murray - October 24, 2008
John McCain’s peculiar, over-the-top attacks on ACORN were initially a little hard to take seriously. Even when he kept on, it just left us...

Greetings From Out West

Organizing Bobbi Murray - October 13, 2008
It might have been that brick to the head as a child (long story), but it was October 6 before I realized the second...

Policy Bobbi Murray - September 23, 2008
On Friday, President Bush suddenly decided it was okay for Government to make contact with the Market’s Invisible Hand, as long as Government does...

Organizing Bobbi Murray - September 5, 2008
I kind of knew it before, but watching John McCain’s speech as I write, it’s easy to see how the GOP VP pick Sarah...

Organizing Bobbi Murray - August 30, 2008
Bill Clinton stepped up the other night and did what he needed to do if the Dems want to win this election: he threw...

Policy Bobbi Murray - August 13, 2008
The wags at Immigration and Customs Enforcement (ICE) — a.k.a the U.S. immigration agency — launched a pilot program last week that would allow...

Economic Development Bobbi Murray - August 3, 2008
It wouldn’t be surprising to see non-Californians still do a double-take when the title “Governor” is applied to former on-screen cyborg Arnold Schwarzenegger. It was...

The Thanks of a Grateful Nation

Policy Bobbi Murray - July 15, 2008
The Marine base that exerts an outsize gravitational pull on Twentynine Palms, Calif. is the largest in the world, and shimmers several miles outside...

Policy Bobbi Murray - June 24, 2008
It was bound to happen: Oil goes up to $140-plus a barrel and the president calls for offshore drilling and opening up the Arctic... 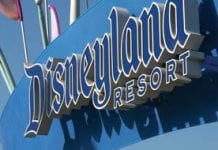 A Tale of Two Anaheims

Housing Bobbi Murray - June 23, 2008
Disney may have won the day against the construction of affordable housing in its "tourism zone" but the coalition forged in the struggle against The Mouse is alive and well and pushing for a community benefits agreement in Anaheim's Platinum Triangle development.

Organizing Bobbi Murray - June 21, 2008
This post started out Thursday thinking about an interesting factoid related to the Obama campaign. But since the big Obama news Friday has been about...

New Math for a New (We Hope) Era

Policy Bobbi Murray - June 12, 2008
Long, long ago, children, in 1981, Ronald Reagan became President of the United States and expanded the military budget by 43 percent over what...

Obama Could Take a Cue From This LA Dust-Up