4 POSTS 0 COMMENTS
Ana Garcia-Ashley is executive director of the Gamaliel Foundation. She began her work in Gamaliel in the early 1990s, as lead organizer of MICAH (Milwaukee Inner City Congregations Allied for Hope). During her tenure there, the organization won a $500 million reinvestment commitment from the city’s banks. Ana was also the founding organizer for WISDOM, the Gamaliel-affiliated Wisconsin state organization. She has been a member of the Gamaliel central staff for nearly two decades, serving as senior trainer at Gamaliel’s National Leadership Training and co-director of the Civil Rights for Immigrants campaign.

So Far, Development is Divisive, and Driven By Race

Equity Ana Garcia-Ashley - April 15, 2016
Many of us live in cities that are undergoing a renaissance, but the longstanding populations are no better off... 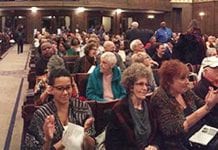 We Must Find the Legacies of Racism Within Our Own Organizations, Too

Organizing Ana Garcia-Ashley - March 17, 2016
We can’t begin to disentangle the racial dynamics of the institutions we want to fix if we are unwilling to get to the root of the same dynamics in our own organizations.

At Last, Apprenticeships Will Be for All People

Organizing Ana Garcia-Ashley - November 12, 2015
Not surprisingly, last Friday's headlines focused on the announcement that the Obama administration had rejected the proposal to build... 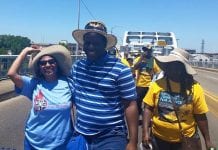 Organizing Ana Garcia-Ashley - September 29, 2015
We live in interesting times.Two years ago, immigrant leaders from across the country camped out on the National Mall...