As Boston area communities experience a wave of development pressure to support a growing population, how will the inevitable neighborhood change affect residents’ health and well-being? Can development be done in a way that goes beyond “checking the boxes” on healthy features, and actually improve health?

The Healthy Neighborhoods Study has been working to answer these questions since 2016, employing a deep participatory action research process in which a corps of resident researchers who are most affected by the issue being researched is closely involved in survey design, data collection and analysis, and community-led actions related to the findings.

The study, facilitated by the Conservation Law Foundation (CLF) and MIT’s Department of Urban Studies and Planning, and funded by the Robert Wood Johnson Foundation, examines community change and health in nine Massachusetts communities: the cities of Chelsea, Everett, Lynn, Brockton, Fall River, and New Bedford, and the Boston neighborhoods of Dorchester, Roxbury, and Mattapan. (Editor’s Note: the Robert Wood Johnson Foundation supports our work.)

Some of these are “gateway cities,” once-thriving industrial hubs where new immigrants gained a foothold; some show the segregation and disinvestment effects of historic redlining; and some bear disparate pollution burdens and stand to be hit hard by climate change. All these cities face health and economic challenges, but each is likely to see new development pressure, which could bring improved transit options and a much-needed increase in the affordable housing supply. However, increased development and neighborhood change also fuels residents’ fears of displacement and lack of control about what happens in their communities.

In each community, community-based organization partners, such as GreenRoots in Chelsea, the Codman Square Neighborhood Development Corporation in Dorchester, and Mattapan Food and Fitness Coalition in Mattapan, recruited residents with strong ties to the community to be trained as paid part-time researchers. About 40 resident researchers put in around 150 hours each year, and they are paid hourly at a living wage rate, according to CLF. Working in small teams in their neighborhoods, they conduct an annual survey that reaches nearly 1,000 people each year. The resident researchers recruit survey participants—new ones for each round—in several ways: going door to door in some areas, and also intercepting people at parks, farmers markets, and local events like festivals or health fairs.

“Historically, outsiders come into communities with questions,” says Robyn Gibson, 33, a resident researcher and lifelong Mattapan-dweller. “Participatory action research is about how you see your community as an insider, and how you can collect data and communicate what you’re hearing.”

She adds, “[Participatory action research] also encompasses a lot that’s been missing ethically with research studies. We think about why we’re asking these questions. Are these questions benefiting our community? Is it something we would feel comfortable answering?”

The survey probes factors like financial stress, food insecurity, experience with discrimination, connectedness to the neighborhood, expectation of leaving the neighborhood, and a feeling of control over neighborhood changes. It includes questions on residents’ physical and mental health.

Resident researchers’ lived experience is crucial in identifying what might constitute stressors for their neighbors. For instance, the 2016 baseline survey asked for a household’s monthly income. Resident researchers suggested that the degree of difficulty handling expenses was far more relevant to financial security. Now they also ask, “In a typical month, how hard is it for you to cover your expenses and pay all your bills?”

The survey contains some 150 questions in 11 topic areas. One of those topics is neighborhood change: Is there new construction of housing, commercial space, or transit options? Have there been improvements to libraries or parks? Early on, resident researchers flagged one question—“Are these changes for you?”—as confusing. Now the question reads, “Do you think these changes will make your life better?”

In 2020, the study team published a field guide to participatory action research, fully documenting the process from recruitment to training to data collection and analysis. The 85-page document shows that even before survey questions were devised, resident researchers’ insights altered the study’s working theory of change on how new development could spur better health, prompting a stronger emphasis on authentic resident engagement and on designing transit-oriented development to benefit current residents as well as newcomers.

With four annual neighborhood surveys completed, along with in-depth interviews conducted by CLF and MIT with a subset of 150 residents who have consented to be re-contacted each year, some early findings have been published. Baseline data from the 2016 survey, published in the journal Health and Place, revealed high levels of financial and social vulnerability in the nine neighborhoods, with some 70 percent of respondents reporting difficulty covering monthly expenses, 20 percent reporting they or a household member had gone hungry in the past month, and nearly half experiencing discrimination within their neighborhood. These all were associated with worse self-rated health; a strong sense of ownership of neighborhood change was associated with better self-rated health.

Further analysis published in the journal Cities & Health flags financial insecurity as a pathway by which typical elements of “gentrification,” such as rapid development, an influx of wealthier newcomers, rising housing prices, and social and cultural shifts, can harm health. The qualitative data shows financially vulnerable residents in changing neighborhoods experiencing double stress: an exacerbated sense of financial risk exposure and a reduction in perceived buffers against those risks.

In March 2020, as COVID-19 was beginning to surge in the U.S., the Healthy Neighborhood Study consortium drew on its on-the-ground community knowledge in an open letter to health and government officials. They predicted the disproportionate health and economic toll the disease would take on already-vulnerable communities and offered practical recommendations, from increasing public transit frequency to allow social distancing on essential workers’ commutes, to targeting seniors who had no one to care for them at home in case of illness.

While the COVID-19 pandemic paused the 2020 surveys, the study team last fall piloted the Learning and Innovation for Community Change Lab (LincLab), a process for devising actions to implement across the nine communities.

“The goal with LincLab was to continue the ‘[participatory action research] spiral’—leading research, collecting data, and then at the end of the cycle taking some local actions,” says Vedette Gavin, a CLF senior research consultant and co-principal investigator of the study.

After identifying a long-term goal of creating community green spaces, LincLab participants landed on a manageable first step, doable during the pandemic—creating pop-up health-related events and mini-parks that functioned as temporary healthy and safe places for community residents to gather.

[RELATED: It’s Time to Move on From Community Consensus]

Gibson says survey data had revealed that many Mattapan residents enjoy preparing meals several times a week, but also that many don’t feel they can afford healthy food and don’t know where to find fresh produce nearby. Her team’s pop-up, including tables set up at Mattapan Food and Fitness’ farmers market, became a vehicle for educating residents about gardening techniques and local food resources.

Motivated in part by research showing stark health disparities based on ZIP code, the fund assesses projects with what it calls a HealthScore to ensure that its dollars support health-enhancing features such as green building standards and proximity to green spaces, public transit options, and grocery stores. The initial HealthScore was shaped by a 2013 health impact assessment that identified ways transit-oriented development could positively affect neighborhood health outcomes of conditions such as obesity, stress, and cardiovascular and respiratory diseases.

“We are interested in long-term systems change,” says Gina Foote, CLF’s director of impact investments. “As developers become aware that the built environment can impact community health, it will change the way they design and develop. We believe our process helps lead to that.”

The initial HNEF fund of $22.3 million has been fully invested in nine projects, Foote says. Here team is now raising $50 million for a second iteration of the fund, HNEF II.

Andrew Seeder, senior associate for research and metrics at CLF, notes that the Healthy Neighborhoods Study was conceived originally as a tool to evaluate the impact of HNEF investments, but CLF’s Gavin and her counterpart at MIT, Dr. Mariana Arcaya, quickly saw the rich potential to study neighborhood change in real time and to implement a participatory action research model. So the study and the fund, which is also supported by the Robert Wood Johnson Foundation, launched as separate, parallel initiatives.

The launch of HNEF II has provided an opportunity to revise the HealthScore categories, factoring in a 2020 health impact assessment update along with Healthy Neighborhoods Study learnings. Some examples: Responding to the study’s emerging findings on ownership of change, the scorecard now rewards projects that include community control or ownership, such as crowdsourced funding or a community land trust. Other new scorecard items scrutinize the depth and authenticity of community engagement, and what changes a developer made based on community input.

“At this point we are able to distinguish between ‘check the box’ tokenizing actions and really taking the concerns of the neighborhood seriously,” says Seeder, who functions as a liaison between the fund and the study. “We doubled down on that precisely because of what we were learning from the Healthy Neighborhood Study and our resident researchers.”

Controlling the Narrative, Focusing on Solutions

Besides creating a fuller picture of a community’s conditions and perceptions, participatory action research can be transformative for the resident researchers.

“I’ve learned a lot more about my community, but also about data collection,” says Gibson. “And I feel I’m part of a larger community now. I didn’t know much about what was happening in other communities like Chelsea or Lynn. To feel connected has been really powerful, and also to show what’s going on in Mattapan—to highlight not just that we’re ‘on the brink of gentrification,’ but to show the positive things and the resources, so people can find solutions.”

She adds, “We sometimes gloss over it, but I don’t know many research studies that are run by residents and directed by Black and Brown people that have gotten this much funding, and for years. That’s a huge part of this. People are taking control over the narrative.” 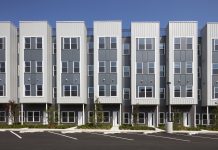 Can New Construction Methods Lower the Cost of Housing? 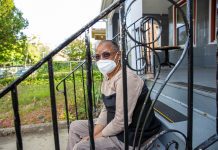