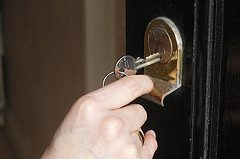 HUD has recently made some important changes to the rules for its Project-Based Voucher (PBV) program, which helps families live in affordable rental housing.

The PBV program combines two standard forms of housing assistance: “Project-based,” meaning that the assistance is linked to a particular property, and vouchers, which are usually tenant-based and move with the family.

Residents of PBV units can move with a voucher after one year, using the next voucher that becomes available when another family leaves the HCV program, and the housing development continues to receive a subsidy for another eligible family in that unit. Public housing agencies (PHAs) may “project-base” up to 20 percent of their Housing Choice Voucher (HCV) funding.

PBVs are an important tool to provide supportive housing for individuals with disabilities or others who need services to live stably in their own homes.  They can help PHAs in tight housing markets use all of their vouchers and can support development of housing in low-poverty neighborhoods with strong educational or job opportunities.  More than 400,000 vouchers could be project-based nationwide, but HUD data indicate that PHAs subsidized fewer than 100,000 PBV units in 2012.  About 500 of the 2,300 PHAs that administer Housing Choice Vouchers currently operate PBV programs.

While the changes were an improvment, unfortunately, HUD’s final rule did not incorporate many suggestions made by CBPP and other groups that would further strengthen the program.

HUD issued the new rules primarily to implement changes Congress enacted in the PBV program in 2008.  The new rules will, for example:

But HUD dropped a proposed change that would have enabled PBVs to be used more effectively for supportive housing, by allowing properties to house only individuals eligible to receive services offered in conjunction with the PBV units. And HUD did not act on many recommendations that would have provided additional protections for tenants and reduced administrative burdens for PHAs.

We hope that HUD will make additional improvements—and provide training and technical assistance to assist more housing agencies to have effective PBV programs—before the end of the Obama administration.

(Photo by Alan Cleaver, CC BY.)