Though they end up as owners and decision-makers, workers in low-income communities often don't start off doing all the work of developing and growing a worker-owned cooperative themselves.

In Mondragón, in part due to its co-op network, an economically distressed region that had been leveled by German bombers during the Spanish Civil War in 1937, as was made famous by Picasso’s Guernica painting, is now one of the most economically stable, with a lower unemployment rate than any other region in Spain. Accounts of Mondragón tend to emphasize its inspiring, bottom-up story of economic reconstruction.

This is not wrong, but it is incomplete.

The local Catholic Church played a supportive, incubating role. Moreover, the Caja Laboral (Workers’ Bank), a key element of Mondragón, was launched in 1959 when Arizmendi got the bank charter approved over internal opposition by forging two of the signatures he needed on government documents. In short, the tension between “top down” and “bottom up” approaches is always with us. published a report that looks at how to move worker co-ops from being a niche community wealth building strategy to the mainstream. [Ed note: Natalie Abatemarco of Citi Community Development recommended exactly this as an economic development strategy here on Rooflines earlier this week.]

The report's author, Hilary Abell, got her start in co-ops as a worker-owner of Equal Exchange and later, for eight years, served as executive director of WAGES (Women’s Action to Gain Economic Security), a nonprofit that has incubated five green housecleaning worker co-ops in the San Francisco Bay Area with nearly 100 worker-owners, the overwhelming majority of whom are Latina immigrants.

There is, of course, no “right answer” on how to strike the balance, but Abell does offer some pointers and positive examples, such as the story of CHCA (Cooperative Home Care Associates).

Located in the Bronx and founded in 1985, CHCA is a home health care co-op that has grown to be the nation’s largest worker cooperative—with over 2,000 employees. CHCA’s work is supported by a nonprofit, PHI (Paraprofessional Healthcare Institute), which, in addition to its advocacy work, trains CHCA supervisors to be coaches, a program that Abell calls “a key to the co-op’s high engagement culture.” This, in addition to humane scheduling and modest, but above-industry, wages, has helped the co-op keep its turnover rate at 15 percent, compared to industry norms of 40-60 percent.

Negotiating the balance between providing outside support and empowering worker-owners to be lead agents in their own success also requires clear communication. “The relationships between the developer, the co-op, and any other local partners must be carefully designed (usually by the developer) and understood and agreed to by all,” Abell writes. Five years is a common incubation period, with continuing supports (outside board members, ongoing training) even after the co-op is on its own.

Abell adds: “A developer does a disservice to co-op members if it is too idealistic or unrealistic about how and when the balance of responsibilities transitions from the developer to the members.”  This is challenging because, if some developers let go too early, others may hold on too long. Nonetheless, Abell forces us to confront these challenges head on.

Abell also tackles a far wider range of issues—everything from back office services, to raising capital, to leadership development, to converting existing businesses into cooperatives (a recent example of which is under way in Michigan with Ann Arbor’s famed Zingerman’s), to building an ecosystem of support organizations, to developing supportive public policy. On this last point, even in the past month, considerable progress has been made, as the City of New York recently approved a precedent-setting, $1.2 million allocation to support worker co-op development.

As Melissa Hoover, executive director of the U.S. Federation of Worker Cooperatives, has observed, there now is a “window of opportunity” to develop worker cooperatives and thereby forge a path that might build community wealth throughout the country. Abell’s report, naturally, does not contain all of the answers. But it does help us think about how to confront the challenges and ensure that the opportunity is not squandered. 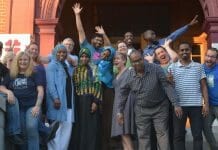 The Power of Community to Segregate or Liberate 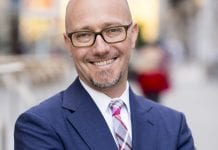 Interview with Gabriel Metcalf, author of Democratic by Design