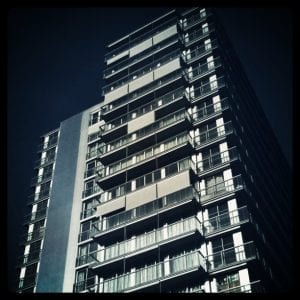 Rosanne Haggerty’s recent post, “What if We Don’t Knock it Down? Re-Imagining Public Housing,” pushes us to think broadly about the ways in which public housing can be financed and made more functional in difficult times. There is great potential in creating mixed-income communities on the land of the housing projects. As Haggerty outlines, it is possible to make the housing projects more diverse, better connected to the city and more sustainable from the perspective of energy use.

Haggerty is careful to acknowledge that many are tense about the proposals on the table in New York City, which would insert mixed-income developments into the space of public housing. In response, she suggests that we examine models – largely drawn from other countries – of improvement without displacement. Such models exist and are very heartening.

I think, however, that even before we look at those models it is essential to look more closely at why residents of public housing are afraid. The answer is simple:

The United States has been through decades of brutal displacement of poor people from their homes.

What do I mean by “decades of brutal displacement?” In the 1950s and 1960s poor neighborhoods were bulldozed by urban renewal. Homes and land were seized by eminent domain, cleared and sold to developers for “higher uses.” In the 1970s, policies of planned shrinkage took the place in the discredited urban renewal programs, using neglect to clear the land. In the 1990s, HOPE VI, gentrification and a new wave of clearance combined to remake poor neighborhoods and displace residents. This was followed closely by the foreclosure crisis, which has fallen heaviest on working people of color.

Upheaval is not just a phrase on a page but a lived experience of loss. In some cases the loss is dramatic, as when bulldozers rip up a neighborhood. In others it is insidious, as the house-by-house takeover of a community that we call “gentrification.” Unfortunately, in all of these cases the losses have been inadequately mitigated, leaving our most vulnerable communities weakened, poorer and more marginalized. The memories of this suffering are fresh in peoples’ minds and they continue to live with the impoverishment it caused.

This history of serial forced displacement must be squarely acknowledged and then there can be an adequate discussion of how the wonderful resource of public housing is to be protected and expanded so that it can help people now and for generations to come.