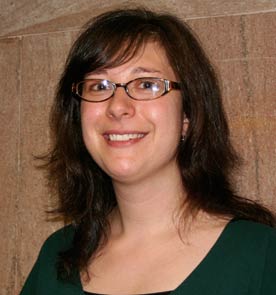 In recent years, however, I have seen a shift in development strategies as public resources, grants, and publicly owned lands dwindle. Community developers have had to seek out new approaches to continue their work, often using market-based mechanisms. While mixed-income projects, inclusionary housing programs, mixes of market-rate and low-interest financing, tax credits, and other market-centric tools can allow community developers to compete within the greater real estate environment to produce needed units of affordable housing, they do little to reform the overarching systemic issues of poverty and precariousness that affect so many.

In the wake of these trends and the revelation of economic practices complicit in the recent economic collapse, I have also seen a growing movement toward alternative market or solidarity economy efforts. Examples include the growing interest in and creation of community land trusts, consumer and business cooperatives, and shared equity homeownership. These models posit an economy based less on individual gain and competition and more on cooperation and support. They also show real signs of success, such as data highlighting significantly lower foreclosure rates in shared equity homeownership housing than in conventional housing.

Renewed interest in these models and practices has the potential to reorient the community development movement away from marginalization and toward greater relevancy within the larger economy. By using such tools practitioners can create economic alternatives that justly allow communities to build equitable assets. Within this model, the economy is an inter-related, inter-connected series of relationships and actions and not a singular, amorphous, and impenetrable entity.

I have been encouraged by the increasing interest paid to such efforts to create permanently affordable housing, sustainable jobs, and long-term assets. In order for the community development field to stay relevant and to drive the economic conversation in our country, these efforts must continue to expand. It is also critical to remember that, while such work can and should be examined on a national scale, the work itself remains local. For example, successful strategies in up-market, gentrifying neighborhoods might not be effective in down-market communities seeing substantial disinvestment every year.

Just as the economy is not singular, neither should be our strategies. Incorporating a variety of solidarity economy practices within the community development toolbox better prepares practitioners to assist the communities in which they work to resist the vagaries of the market.

Ultimately, such practices allow for creativity and imaginative possibilities when envisioning new strategies relevant to all of our communities.