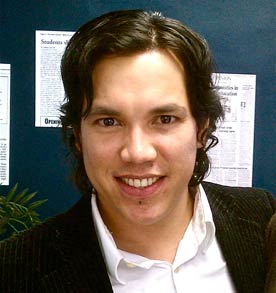 Many immigrants are often unaware that they have rights, and if they know their rights, they frequently don’t know how to exercise them. This problem is intensified by the lack of equal protection under the law and by the institution of discriminatory policies from government agencies and legislators. The aforementioned situation prevents immigrants from being active participants in the process of developing their communities and improving their living circumstances. This creates an environment ripe for human rights violations.

For this reason, over the next 36 years the community development field should focus on educating new immigrants, creating consciousness about civil rights and liberties and awareness about discrimination, as well as protecting the human rights of minorities from being abused. Otherwise, the United States could devolve into clusters of Third World–like communities, separated and marginalized from mainstream American society.

The language barrier is an enormous limitation that new immigrants experience. In addition, immigrants are not knowledgeable about differences in the U.S. legal system. This often leads to their unintentional infringement of the law. Immigrants are further marginalized in the United States by their dependence on attorneys who are often unlicensed (known as notaries) and who prey on the immigrant population by speaking their language and claiming to understand their culture, building a false sense of trust with their victims.

In terms of legislation, there is a recent rise in anti-immigrant sentiment, and bigotry and racism are being promoted by some legislators and politicians who pander to their constituencies in order to maintain power and get reelected. This situation directly affects the healthy development of rising communities, since laws are specifically being created to target and diminish non-U.S.-born residents throughout the country. In many states, Tennessee in particular, lawmakers are creating bills on education, health, housing, and business that will negatively affect our immigrant neighborhoods. For example, the suspension of driver’s license privileges limits the ability of small businesses to compete in the marketplace. Concerning education, look no further than the DREAM Act, reintroduced in the Senate in May 2011. If that bill is not put into law, it could result in a disproportionate number of youth who will be without jobs and without opportunities to get an education. It is clear that a community that is not equal under the law is not going to be equal anywhere else, and our communities will remain undeveloped.

Over the next 36 years, organizations working in community development need to focus their energy on fighting the institutionalization of discrimination and disparity under the law. They can do this by creating programs that educate immigrants and authorities about their civil rights, and by promoting the protection of human rights and their warranties as a way to create an environment that promotes a healthy development of our community so that immigrants have the chance to develop healthy communities that will prosper and flourish for generations to come. I believe that the most important ingredient here is education: organizations need to educate the communities that they serve and the authorities on how to raise people’s awareness of their rights in order to empower them to self-advocate for these rights. Without the proper education and empowerment, our communities will continue to be an undeveloped version of mainstream society. 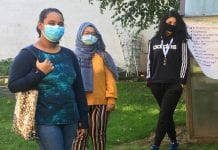 COVID Through the Eyes of a South Asian Immigrant Teen

How Nonprofits Are Adapting to Serve Immigrants During COVID