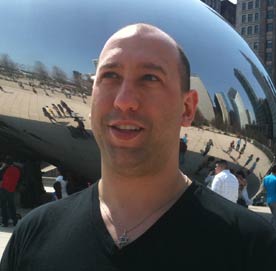 Corporate pioneering becomes an endless cycle of plowing through our neighborhoods, pulling money from our pockets, and rotating from one opportunity to the next.

It’s not over. Other corporate monsters continue to creep in from the shadows. The desire for profit is forcing the corporation to reconsider its once abandoned fields. Mega-box conglomerates have adaptable footprints being squeezed onto our city lots. Global convenience stores are turning on lights in the vacant and abandoned storefronts. The affordable luxury of dark roast coffee has even made an appearance. But uncontrolled and unchecked, these corporations will continue to squeeze us until there is no more. It’s our desire for profit that drives corporate growth, so let’s take the reins and force them to stay in our communities.

We need to capture the demands for corporate morality and socially conscious investment while echoing the screams of Gale Cincotta; the corporation should be responsible for reinvesting in our communities, rich or poor. Similar to the Community Reinvestment Act in 1977, we need a new mechanism for the next 36 years ahead that forces corporations to anchor themselves in our neighborhoods. Funding for affordable housing and better neighborhoods should not be limited to bank-mandated CRA initiatives and federal grants. I expect a future where MegaMart is paying to the build the homes of its customers.

It’s a win-win. Healthy neighborhoods are full of healthy corporations, both eating and feeding off of each other. With energy costs increasing faster than wages, some families are forced to choose between heating their homes and buying groceries. Making homes affordable allows people to buy spend more on goods and services. An investment in the community is like an annuity, with consumption as a perpetual payback. If a corporation is willing to pay to tattoo an advertisment on someone’s face, is it really too much to demand for a block of energy-efficient and affordable MegaMart funded homes be built on the corner of BigBox Avenue and CornSyrup Street?