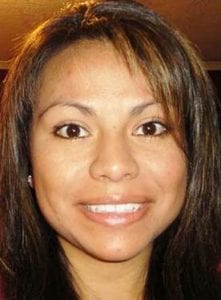 From 1970 to 2010, the Latino population in the United States increased from 4.7 percent to approximately 15.5 percent, according to the U.S. Census Bureau, which also projects that by 2050 Latinos will account for 24.4 percent of the population. The number of Hispanic-owned businesses increased by nearly 44 percent between 2002 and 2007, from 1.6 million businesses to 2.3 million, and employment at Hispanic-owned firms also grew by 26 percent, from 1.5 million to 1.9 million workers, a growth rate significantly higher than that of non-minority-owned firms.

Even though Latinos represent the fastest-growing non-white population and even though Hispanic business ownership is growing three times as fast as the national average and Hispanic purchasing power is expected to reach more than $1 trillion in 2011, Latinos are still lagging behind in education, digital literacy, and most important, congressional representation, among other areas.

One of the most pressing issues for Latinos is education. The nation’s high school graduation rate is low and the Latino graduation rate is even lower. Only 58 percent of Hispanic students complete high school, compared to 78 percent of non-Hispanic white students. Education affects our earning potential, career opportunities, contributions to society, and many other facets of our lives. We must encourage our youth to graduate and move toward success.

In Idaho, the J.A. and Kathryn Albertson Foundation has focused its attention on promoting graduation and post-secondary education through its GoOn Campaign. Across the nation programs such as the Latino Achievement Mentoring Program and the Hispanics Inspiring Students’ Performance and Achievement have established mentoring programs for our Latino students to increase the likelihood of high school graduation and post-secondary education. We must continue provide culturally relevant student support to Latinos.

Another challenge for the Latino Community lies in the area of digital literacy. According to a survey conducted by the Pew Research Center, 79 percent of Americans use the Internet for about 13 hours per week. However, only 21 percent of those users identify as African American or Latino. When it comes to access to the Internet through a high-speed, or broadband, connection, 67 percent of all Americans have access, while only 56 percent of African Americans and Latinos do. Digital literacy has proven to be crucial to survival in the 21st century.

In our changing world we must not only be digitally literate, we must also be more active in politics and make our voices heard. To date, we have 26 Latino lawmakers in Congress — 24 in the House and 2 in the Senate. We can strengthen civic engagement through youth leadership programs.

For example, the National Association for Latino Community Asset Builders (NALCAB) developed NALCAB Colegio to train the next generation of Latino leaders. Programs such as this provide Latinos with the knowledge and training to become civically involved and make a difference in the communities where they live. It is my hope that programs such as these pave the way for more Latino Congressmen and Congresswomen.

Education, digital literacy, and congressional representation are the greatest challenges for the Latino community. Cultural relevancy is a crucial need in every aspect. If community devlopers want to reach the Latino community, they must continue to provide services that spark our interest and speak to us!