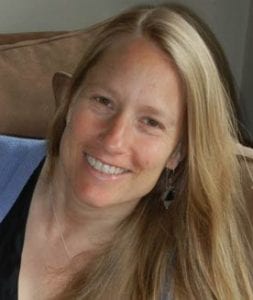 All of these efforts were part of a broader and longer-term strategy of community organizing and building power. A core component of this strategy is to grow the leadership potential of the thousands of people who live in affordable housing to speak out about their experience and the needs of their communities.

I began my career in affordable housing in the ’90s at Brown University in Providence, Rhode Island. I studied affordable housing with an urban environmental justice perspective, examining CDCs and the relationship between community organizing and community development in low-income neighborhoods and communities of color. My conclusions grew out of the rich dialogue, debates, and experiences of the field at the time: the only way for CDCs to have a significant impact was to reconnect to their origins in grassroots community organizing and building a base of power as a movement. Otherwise, CDCs would be relegated to the margins, remaining in communities as technical and industry experts, but not fundamentally addressing the affordable housing crisis.

I went on to do community organizing for 10 years in the Mission District of San Francisco at a CDC directing supportive housing programs. Starting in the late 1990s, we battled the wave of gentrification and displacement hitting our communities — embedding our collective struggles in broader national and international movements for social, economic, and racial justice. With this experience both in community and electoral organizing, I was even more convinced of the value and mission of engaging affordable housing residents as a critical constituency of voices and votes to tap and organize. I gained further appreciation of the possibilities of connecting technical expertise and policy advocacy with grassroots coalitions. This powerful combination is not just about organizing for change, but implementing it based on real world solutions. And building affordable housing is not limited by what has been done by professionals and experts in the field, but expanding the nature of what is possible through grassroots action.

While taking a break for graduate school at New York University, I wrote my masters thesis on the role of CDCs in anti-displacement and anti-gentrification campaigns, with case study analyses of Mission Housing Development Corporation in San Francisco and Fifth Avenue Committee in Brooklyn.

Now, four and a half years later, as executive director of East Bay Housing Organizations, I am continually inspired by the potential for building grassroots power and coalitions for affordable housing and community development. We have more than doubled our membership to 300 organizations and individuals, built an effective structure of membership committees and coalition campaigns, initiated a resident organizing and leadership program, and strengthened our partnerships with labor unions, environmental organizations, grassroots community groups, clergy and faith institutions, and neighborhood organizations. If we are to truly build power and create change in low-income communities and communities of color, I believe we need to blend the decades of deep technical expertise of nonprofit affordable housing developers with increasing community organizing capacity, grow and tap the grassroots and political power of our constituencies, and deepen our commitment to coalition building with our allies and partners.