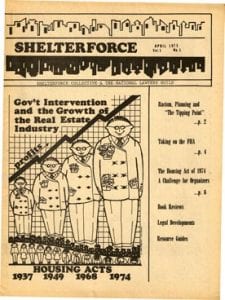 We’re not the only 36-year-old in town. Here is a small sampling of other 36th birthdays taking place this year:

Part of the Housing and Community Development Act that went into effect in January 1975, the CDBG program is a key funding source for neighborhood revitalization in the most vulnerable communities. The formula-based grants are issued to over 1,200 state and local governments.

HMDA requires banks to disclose demographic data on home purchasing and lending and was a key win in the community reinvestment fight. HMDA has been expanded several times over the years, most recently in 2010, when the Dodd-Frank financial reform act extended HMDA to include predatory lending indicators.

New Jersey’s currently beleaguered inclusionary zoning law, which requires towns to produce their “fair share” of low- and moderate-income housing, stems from a 1975 New Jersey Supreme Court case, which ruled that a zoning ordinance in Mount Laurel Township was exclusionary.

A Christiansburg, Virginia-based developer of affordable, green, sustainable housing for a wide range of vulnerable, low-income and low-wealth populations the Southeast.

Growing out of an Asian resource center, now an organization that promotes and develops sustainable communities, healthy neighborhoods, and affordable housing in California’s East Bay Area.

A Cambridge, Mass., organization that develops and manages affordable housing for the elderly and disabled adults.

A sweat equity program in rural Florida that purchases land and allows qualifying low- and very low-income applicants to construct about 65 percent of their own homes under supervision.

A community center providing a range of resources for newly immigrated and economically disadvantaged families in Los Angeles.

A California-based affordable housing developer that has expanded into self-help housing and property management.

A national anti-hunger, anti-poverty advocacy organization whose flagship programs include the National Hunger Hotline, the Grassroots Action Network, and Artists Against Hunger & Poverty. 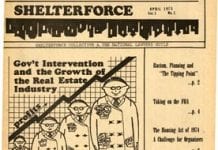