As we reflect on the five years that have passed since Hurricane Katrina devastated New Orleans, we can observe both progress and much, much left to be done. Speaking at Xavier University yesterday, President Obama spoke for many when he said that despite progress there are still too many vacant lots, too many people unemployed and “too many New Orleanians who have not been able to come home.” Writing for the Associated Press, Cain Burdeau and Michael Kunzelman also report that the President noted the harsh reality that the recession and the Gulf oil spill have only compounded the challenges of recovery.

Rebuilding one of our nation’s most loved (if also impoverished) cities has been inherently a matter of planning and architecture, and the task has brought out many ideas, some fabulous, others well-intentioned but falling short of the mark, in my humble opinion.

Enter two of my close professional friends with another idea that I think is absolutely inspired: tear down the aging eyesore of an elevated expressway that for 40 years has ripped the historic Treme neighborhood in half, contributing mightily to its decline. Replace it with a complete-street boulevard that can become an asset and catalyst for the community’s recovery – functioning, in fact, much like the avenue now deteriorating underneath the highway had functioned before its majestic trees were removed and its businesses demolished to make way for more concrete.

The highway is a two-mile stretch of Interstate 10; the boulevard-in-waiting-below, North Claiborne Avenue. The two friends are David Dixon of Goody Clancy architects, lead author of the recently undertaken and massive master plan for the city of New Orleans, and John Norquist, president of the Congress for the New Urbanism and former mayor of Milwaukee. As far as I know, the two haven’t collaborated but simply came to the same conclusion in separate inquiries. And, like many good city ideas, it is not just theirs alone, of course: Treme residents and other enlightened New Orleans citizens have been considering it for years.

Writing last year on nola.com, the web site for the New Orleans Times-Picayune, Lolis E. Elie reported that “removal of the Claiborne Expressway was proposed by the two-year-old Unified New Orleans Plan and is a key recommendation in the city’s draft master plan.” The article quotes David as saying that “I-10 is something that lots and lots of people complained about, especially in terms of its damage to Treme.”

Elie goes on to write how the highway was originally proposed to go through the French Quarter (!), where neighborhood activists were able to defeat it. But, as in so many NIMBY battles, one group’s victory became another’s loss, in this case that of the less affluent and less influential African-American neighborhood to the Quarter’s immediate northwest.

Turning to John’s (Norquist’s) contribution, he and Clifton James (an architect who studied restoring Claiborne back as far back as 1976) penned an op-ed in the Times-Picayune that appeared last week. The two observe that the citizens of New Orleans now considering the freeway tear-down are in the same position that residents of Milwaukee, San Francisco, and New York have also been in recent decades: all successfully replaced freeways with surface streets (in Milwaukee’s case, under John’s leadership as mayor), to the benefit of neighborhoods.

It’s an idea worth serious consideration. For more information on the Claiborne proposal, including photos and a short video tour of Treme, go here. 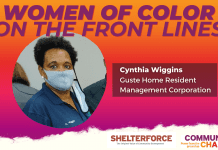